Music and Music Technology Ed – From books to the street 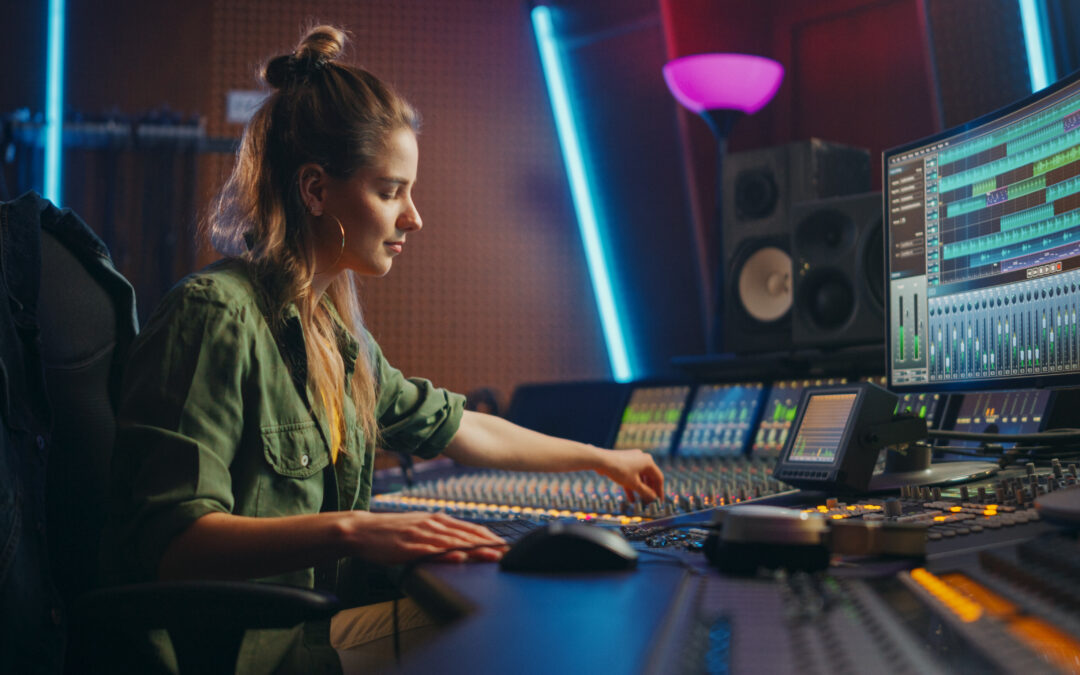 An associate and young friend who worked for me at one point got to know my son. He knew Matt was into music and had gone to a noted music technology school to learn the craft of music production, sound engineering and overall, how music works.  Maybe they should have taught how to work at music a bit more. My friend asked how Matt was doing now and I said he had a part-time, session-to-session second engineer job that evolved out of an internship at Studio D, in Sausalito.  The crew were basically Record Plant survivors of the somewhat legendary studio of the 70s and 80s. I told how he was able to record with Bonnie Raitt and various bay area stars. In between, I mentioned he had a job at Best Buy putting up AV displays from store to store,  helped on some live gig crews and had some of his tunes licensed into “Undercover Boss” and some other reality TV shows.  Ironically, not through my licensing company.  He had to be his own man.  My friend’s comment about all this juggling left me laughing, “He’s an AV guy, he just hasn’t realized it yet.”

It’s a shame that too many schools, who may teach credibly what there is to know about music or tech, fail to impart how to make a living at it. Perhaps what they really need to bolster is how to be an entrepreneur or a business-of-one. Some schools, I would think get into rights and music business areas.  Yet, do they teach survival skills?

I am with an organization called KC Jazz Alive, which is an umbrella promo group dedicated to “lift-all-boats” in the Kansas City jazz scene. For a mid-sized city of around 2 million, it has a great number of venues (over 41 spots) that have some jazz, from regularly (14) to occasionally. Not bad, but one of the leaders in the group asked me why musicians can hardly make a living at it. I did not have a magic answer and I am not going to change how musicians are not valued.

In his book, “The Music Career You Don’t Have Yet”, Dave Ruttenberg illustrates ways to create parallel income from activities in and around music, while you’re working your artistry.  This could be called a side-hustle guide. Along with flexible capabilities, I will lean on getting to be a Social Networking and Digital Media maven of some level is important.  Many musicians are there and it helps them sustain. Bottom line is, you have to really want it, whatever “it” is for you. A growing following? A regular appreciative audience? People who feel like friends?

KC Jazz Alive will present a session on Jazz Ed- From books to the street on Friday September 10 at noon central time.  Educators will cover insights to how learning tracks for music mastery and relevant real world applications, are preparing students to become proficient and profitable artists of tomorrow. Rev. Willie Thornton – Music Department Chair and Vocal Music Instructor at The Paseo Academy of Fine and Performing Arts Prof. John Stafford II – Associate Professor of Music, Director of Choral Activities, and Co-Coordinator of the Music Department at Kansas City Kansas Community College.

Register in advance for this webinar:  https://us06web.zoom.us/webinar/register/WN_bTCdE-GzTsyO2CT-b3KojA